Photos I took of the People’s Climate March San Diego on September 21, 2014, starting at San Diego Civic Center and ending at the trolley station. It was kind of a fun day, but I had transportation difficulties. I had checked the online train price from Oceanside to San Diego, it said $18.00 round trip, but when I got there, it was $18 one way according to the on-site cashiers.  Upon querying them, one of the clerks said I needed to put it in the cart in order for it to say one way.  Strange.  Anyway,  I realized at 20 MPG it would cost me less to drive there than to take the train, roughly half the cost, considering only gasoline expenses and ignoring mileage wear and tear. So, I drove my car. I find myself thinking this is part of the climate problem, in Southern California it’s often cheaper for any of us to drive somewhere than to use mass transit. 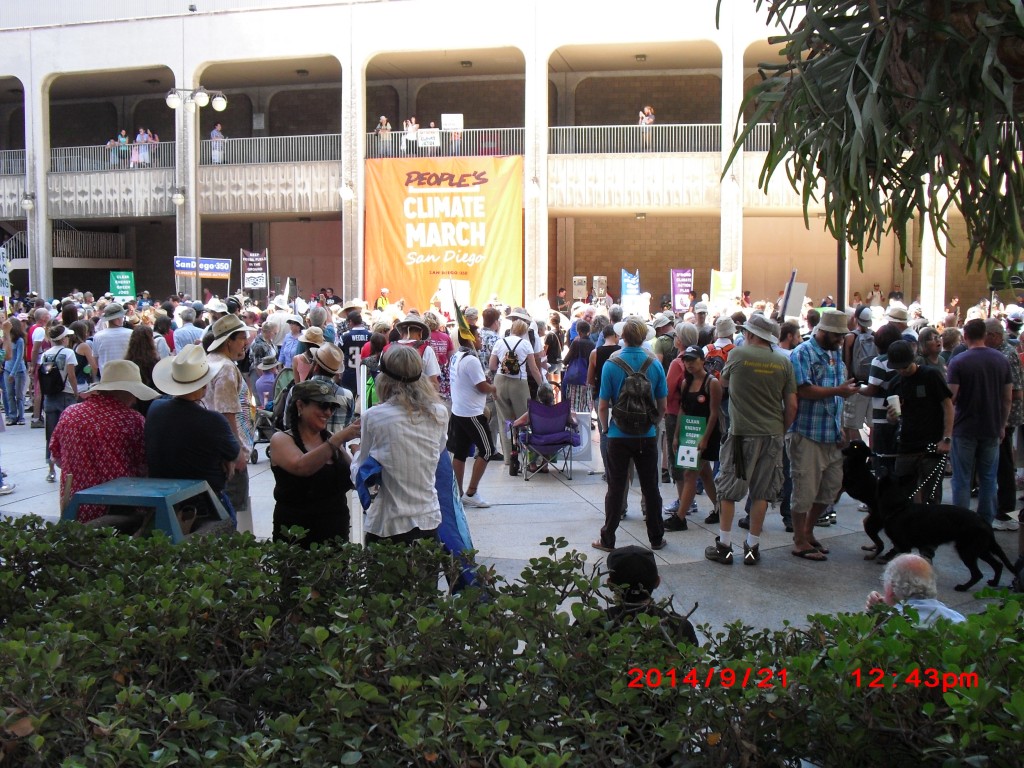 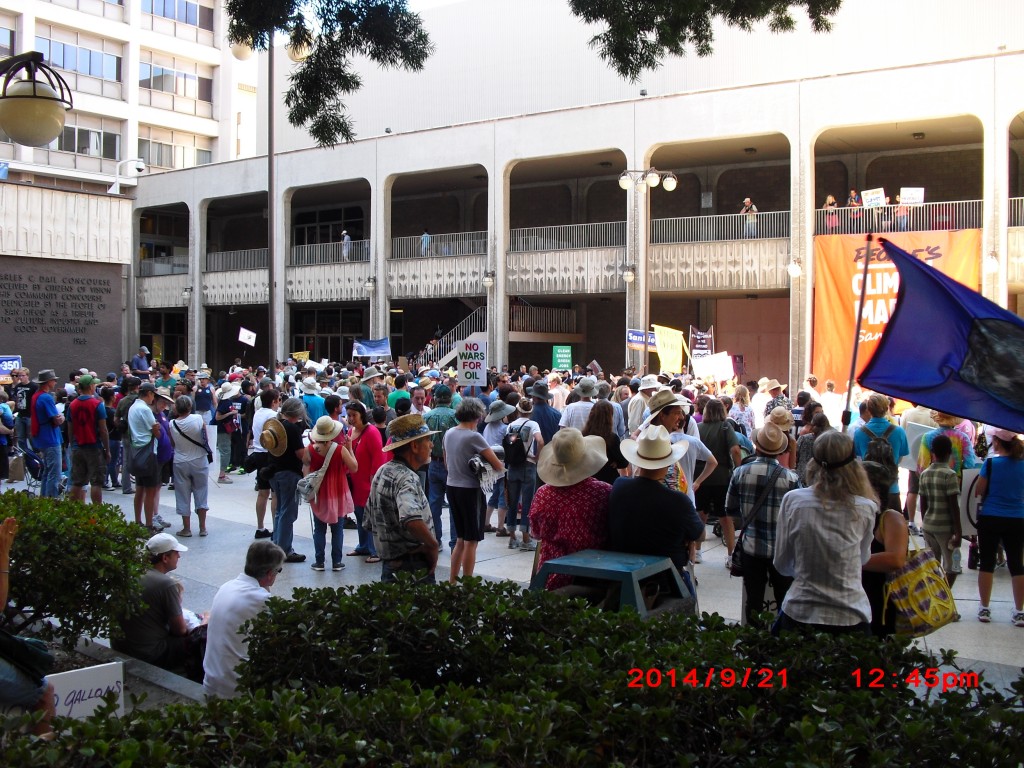 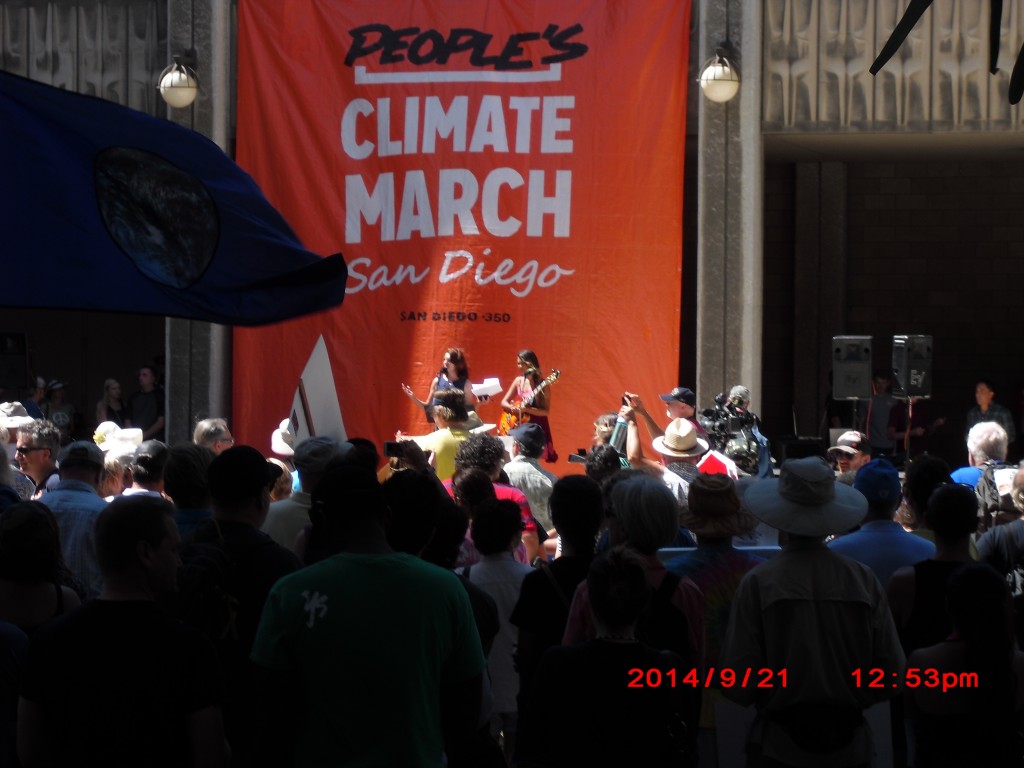 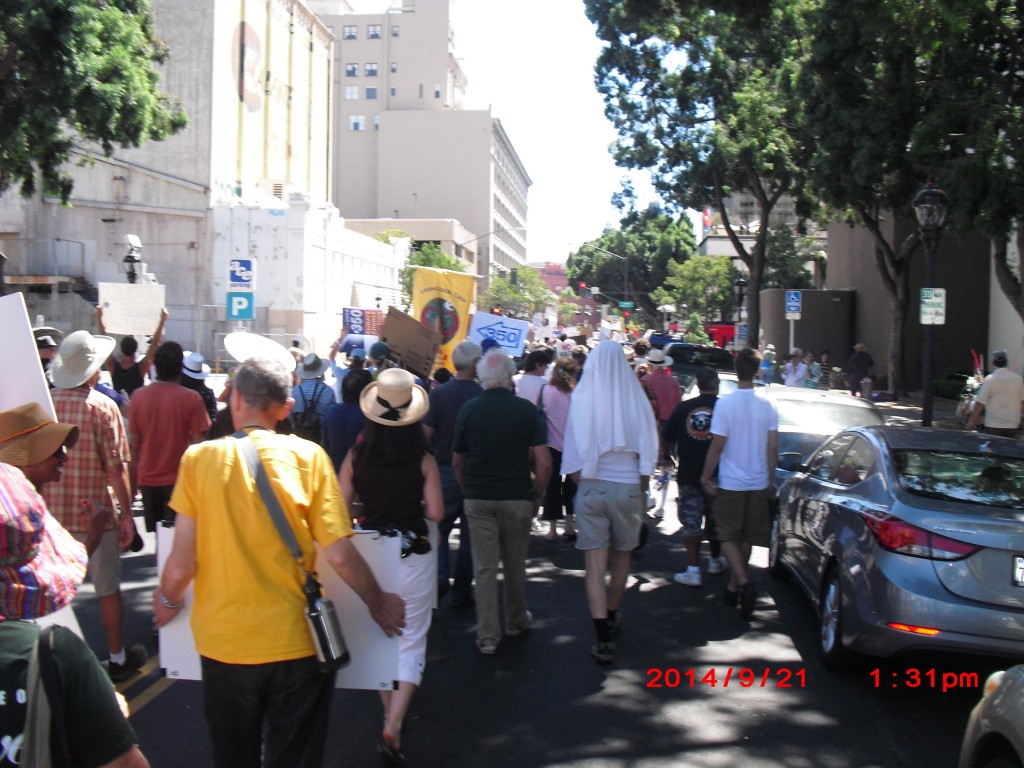 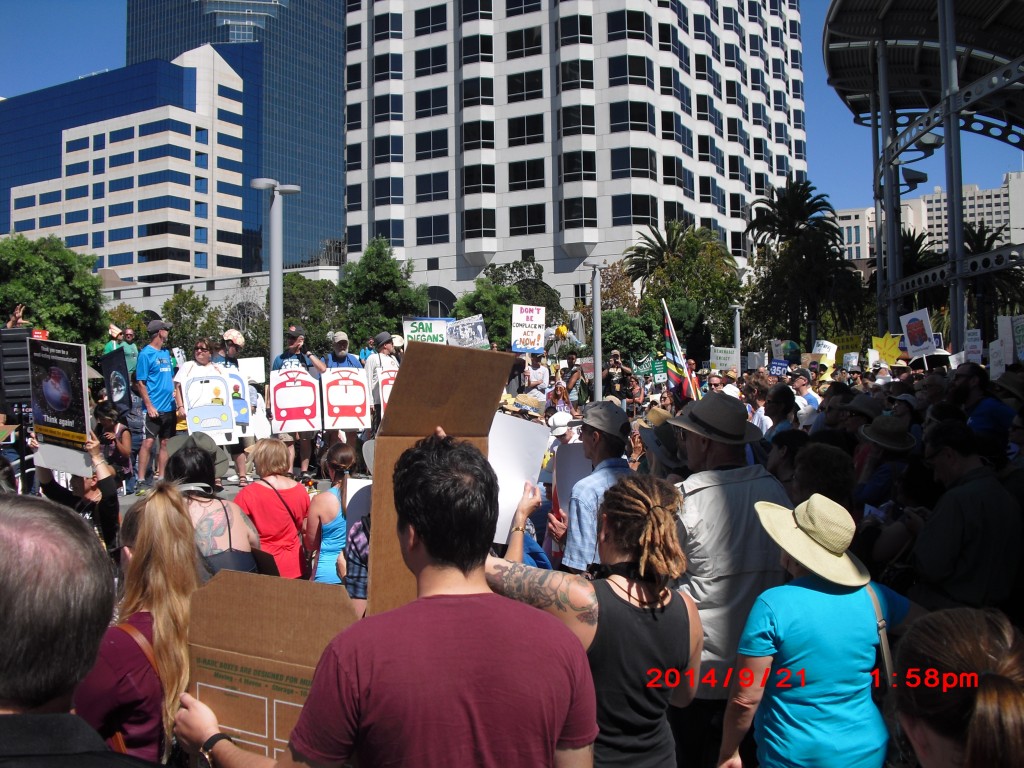