All images are Courtesy NASA/JPL-Caltech, and are generated by JPL’s Solar System Simulator. I believe the use of these images is permitted per JPL’s copyright policy.

The viewpoint of the simulator has been set as earth, meaning this series of images are geocentric. 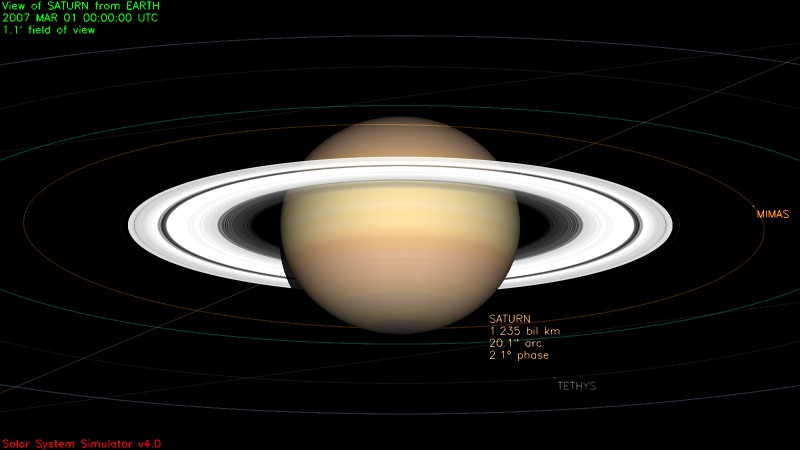 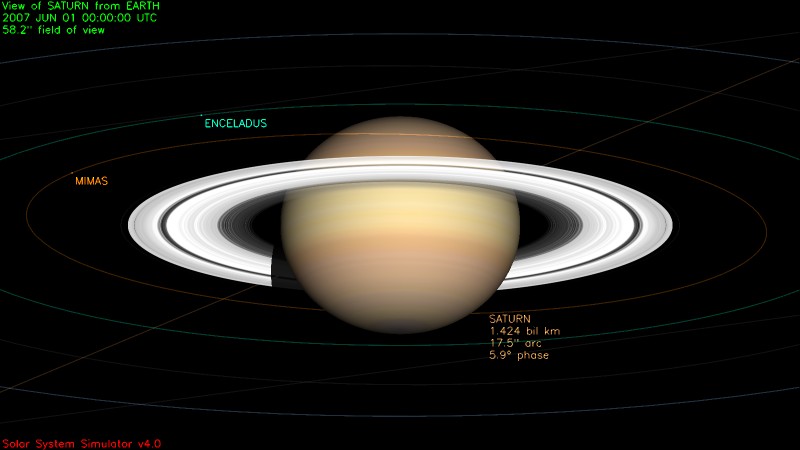 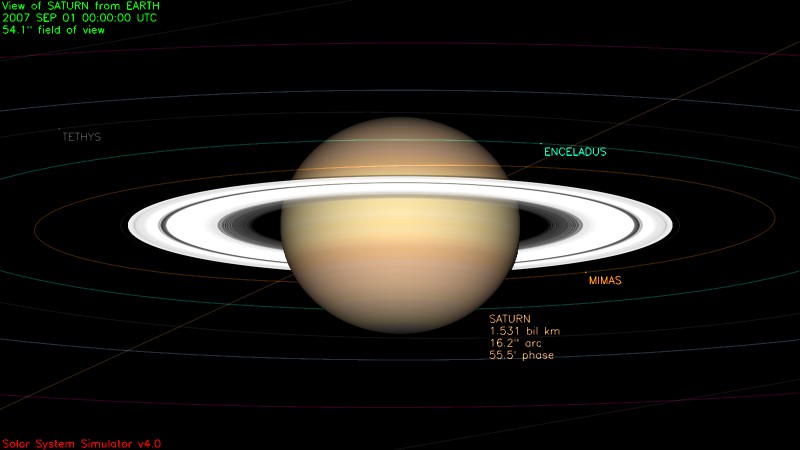 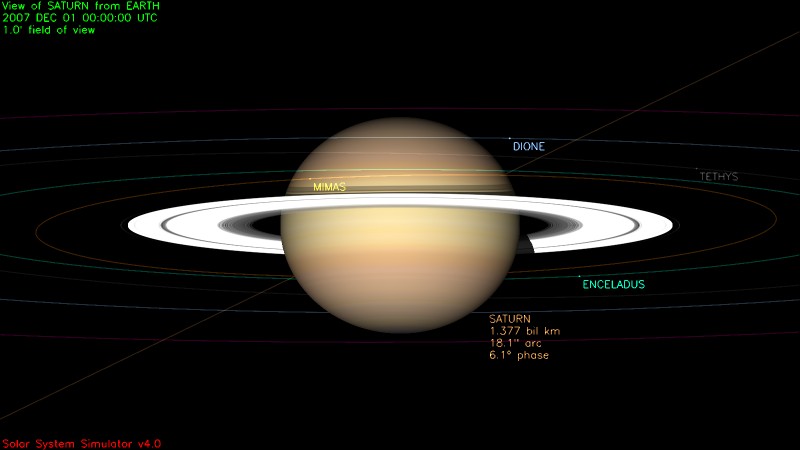 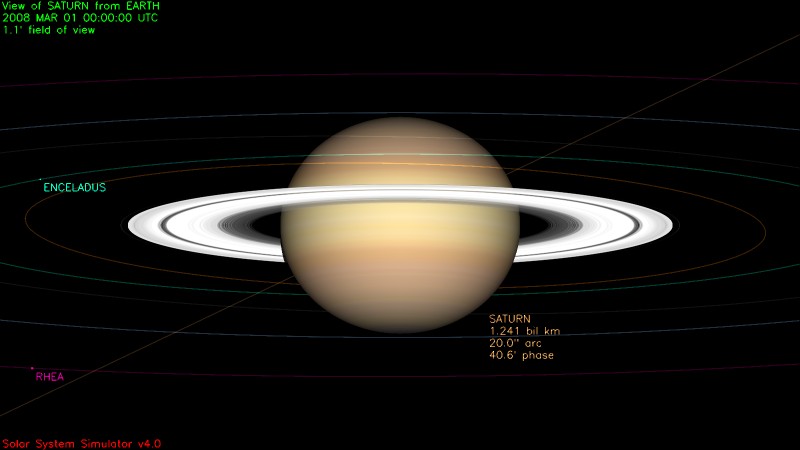 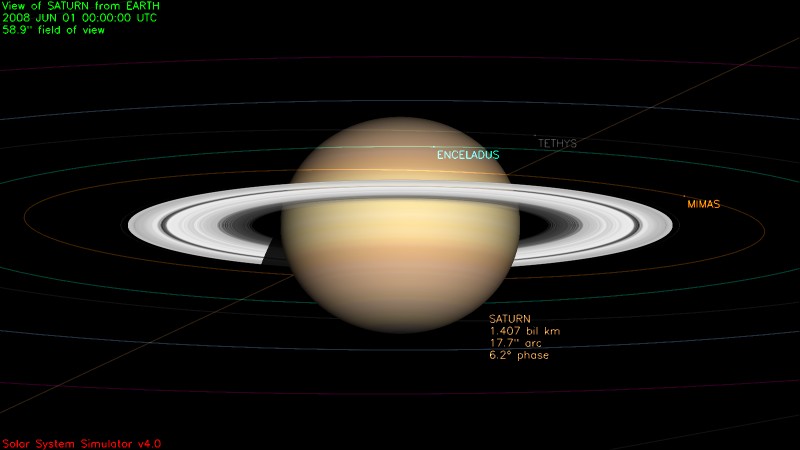 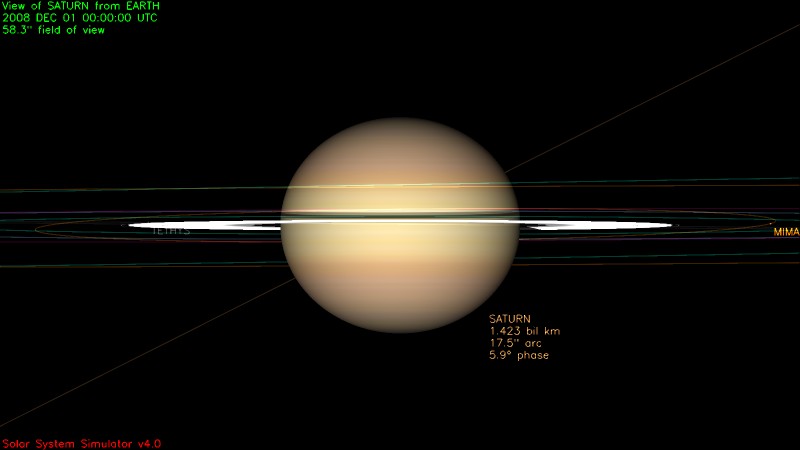 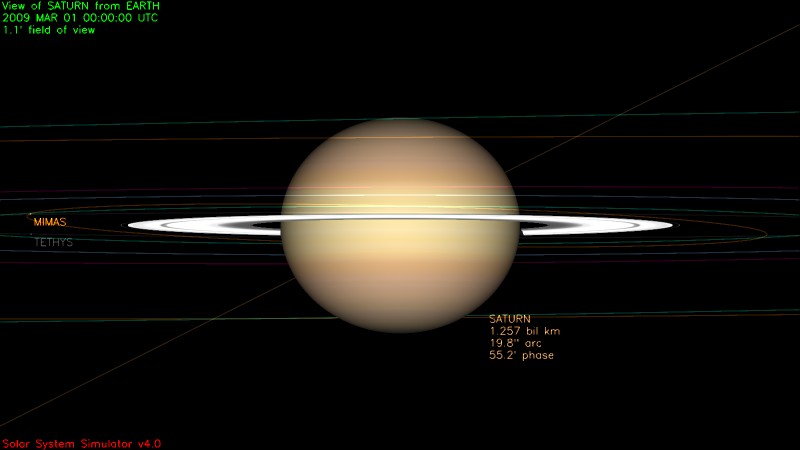 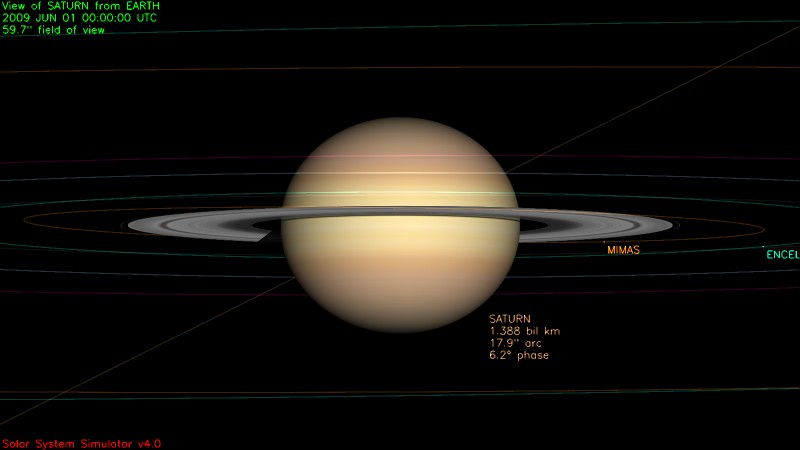 This next one interests me the most: 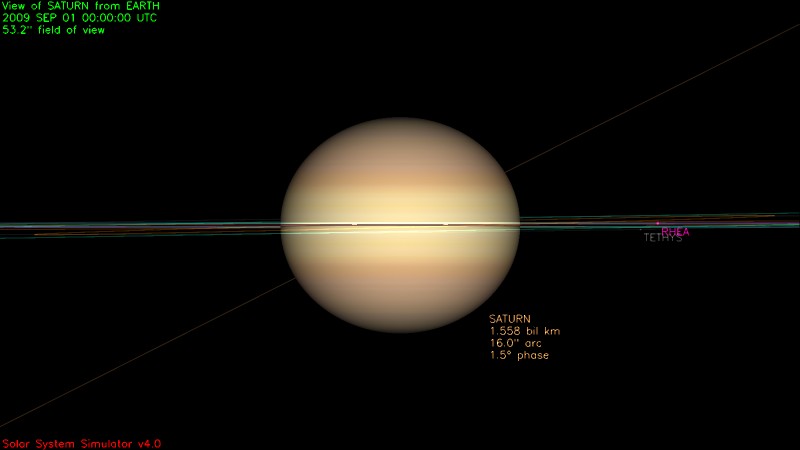 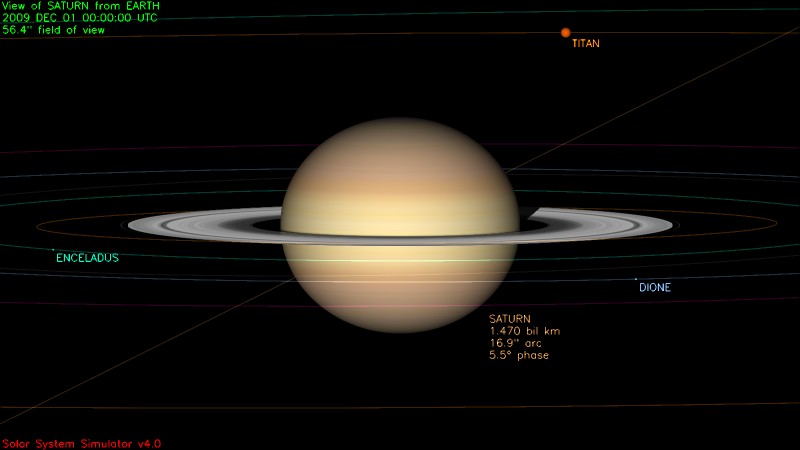 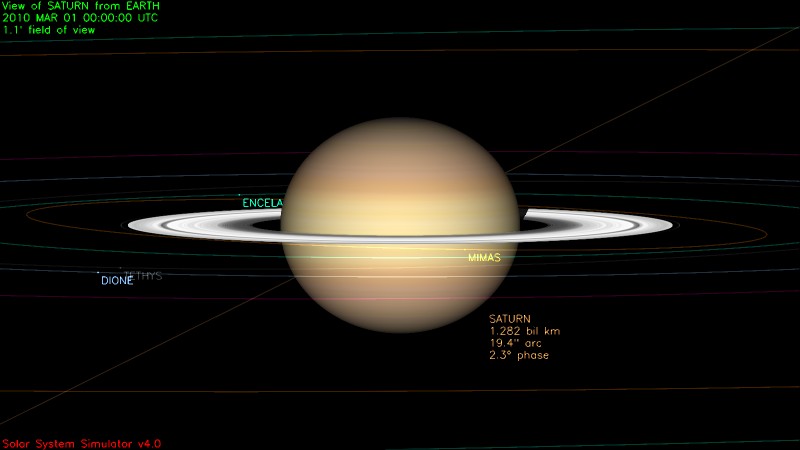 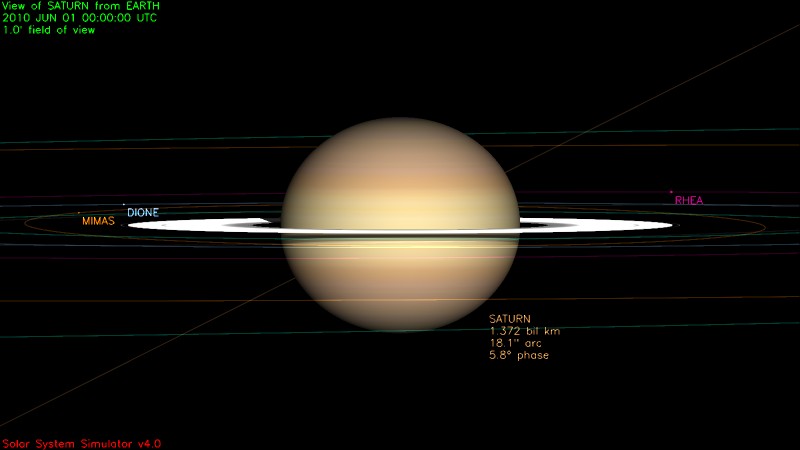 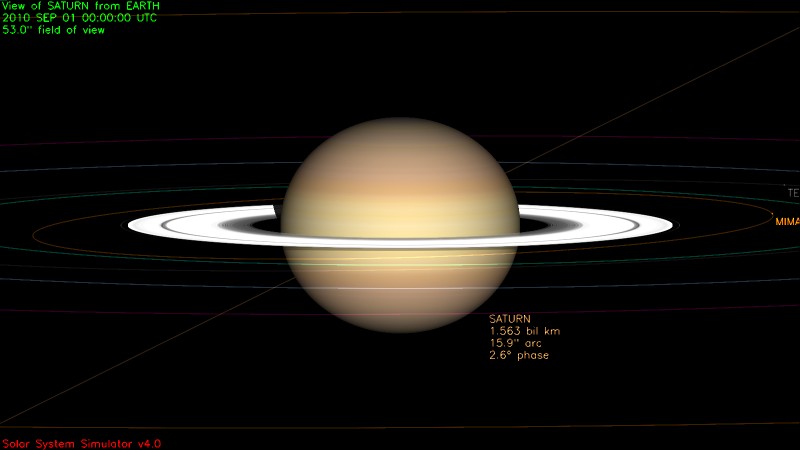 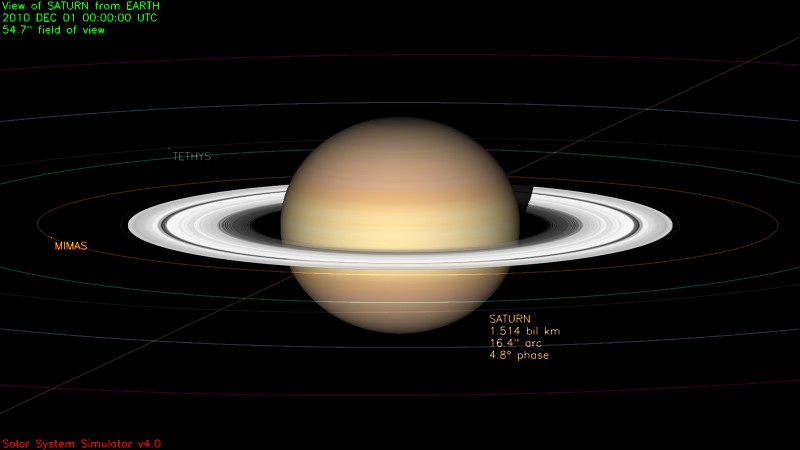 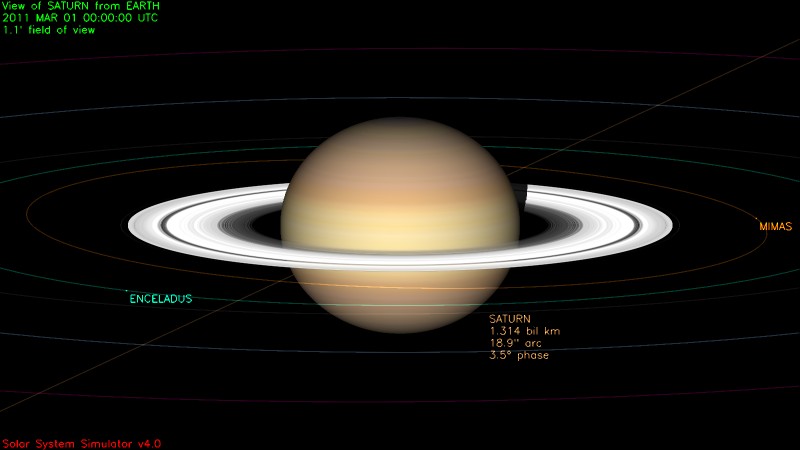 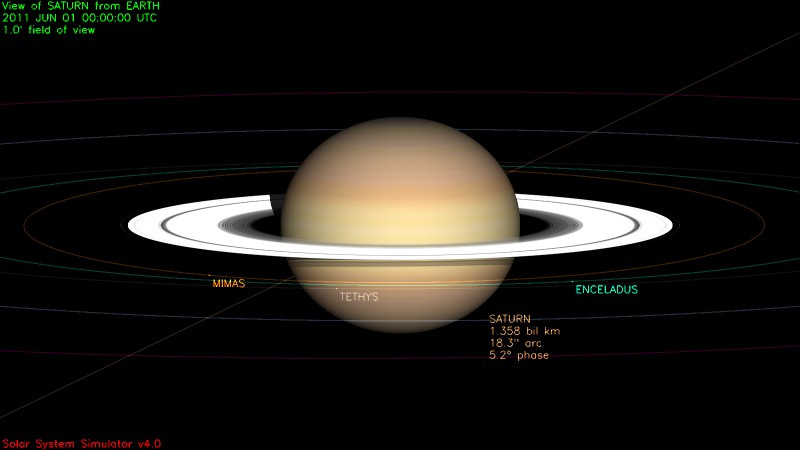 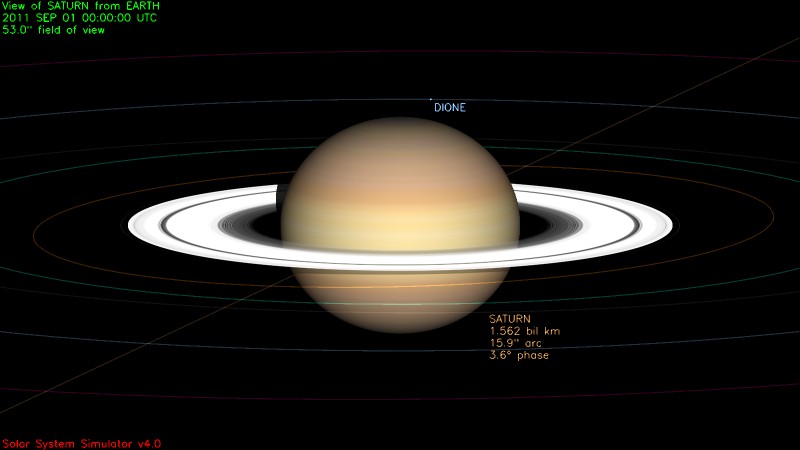 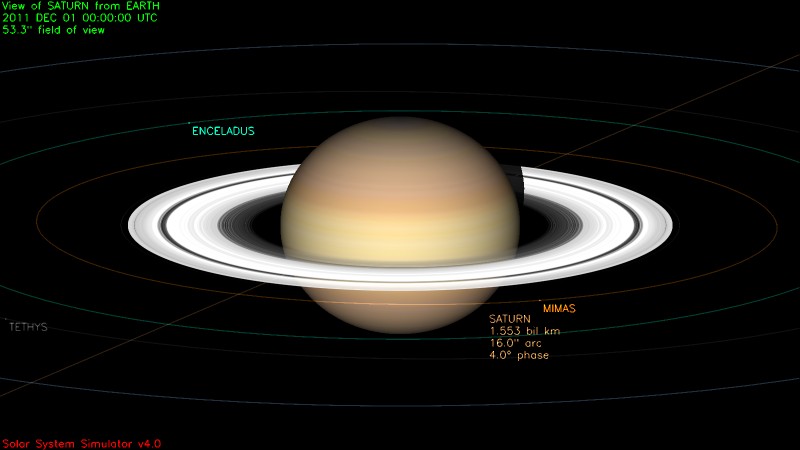 I marked the one above where the rings align with earth. I spent some time studying a number of books about Western astrology some years ago, but I’ve never read of anything that places importance on the day when earth intersects with a plane that represents an imaginary extension of Saturn’s rings.

The date that appears to correlate with the coming alignment, September 1, 2009, puts Saturn at 22Virgo55 when using a tropical zodiac; when using sidereal, 28Leo02. However, there’s a window of about +/- 2 days where Saturn’s rings similarly appear to disappear, and since I’ve judged the date of 9/1/2007 visually, the precise zodiacal degree mentioned has a little variance.

In viewing the series of images, the rings appear to oscillate up then down. This is most apparent in the image of 2008.12.01, where Saturn’s rings almost disappear, but then the next image’s leading edge of the rings appear to move back ‘upward’ for a period of time. I believe that is likely due to the earth’s orbit around the sun, the periodicity of the oscillation appears to be based upon an earth year. I’ve been meaning to run a set with the sun as the viewpoint, but this post has been sitting here in the blog for some time, and I just don’t have much time right now. Maybe later.